Astronomy Picture Of The Day

Founded by professional astronomers and supported by NASA, “Astronomy Picture Of The Day” is an online archive where generally space images recorded via hi-tech telescopes and short explanations regarding these images are regularly published. The work seen is named after the eponymous online archive. This website where a high resolution image together with a short explanation by professional astronomers is published everyday hosts various information on celestial bodies and events that are not usually possible to be seen with the naked eye.

This work that is regularly carried out everyday by means of analyzing this visual and written information on celestial bodies and events, in the most general sense, deals with the complicated relationships between objects and words, phenomena and propositions, language and the world on different levels. It studies the objects by marking and classifying the different levels of referring to these objects. It addresses the logic of object depictions, which seem to be scientific at first sight but remain mostly on the informational level, together with the time dimension. 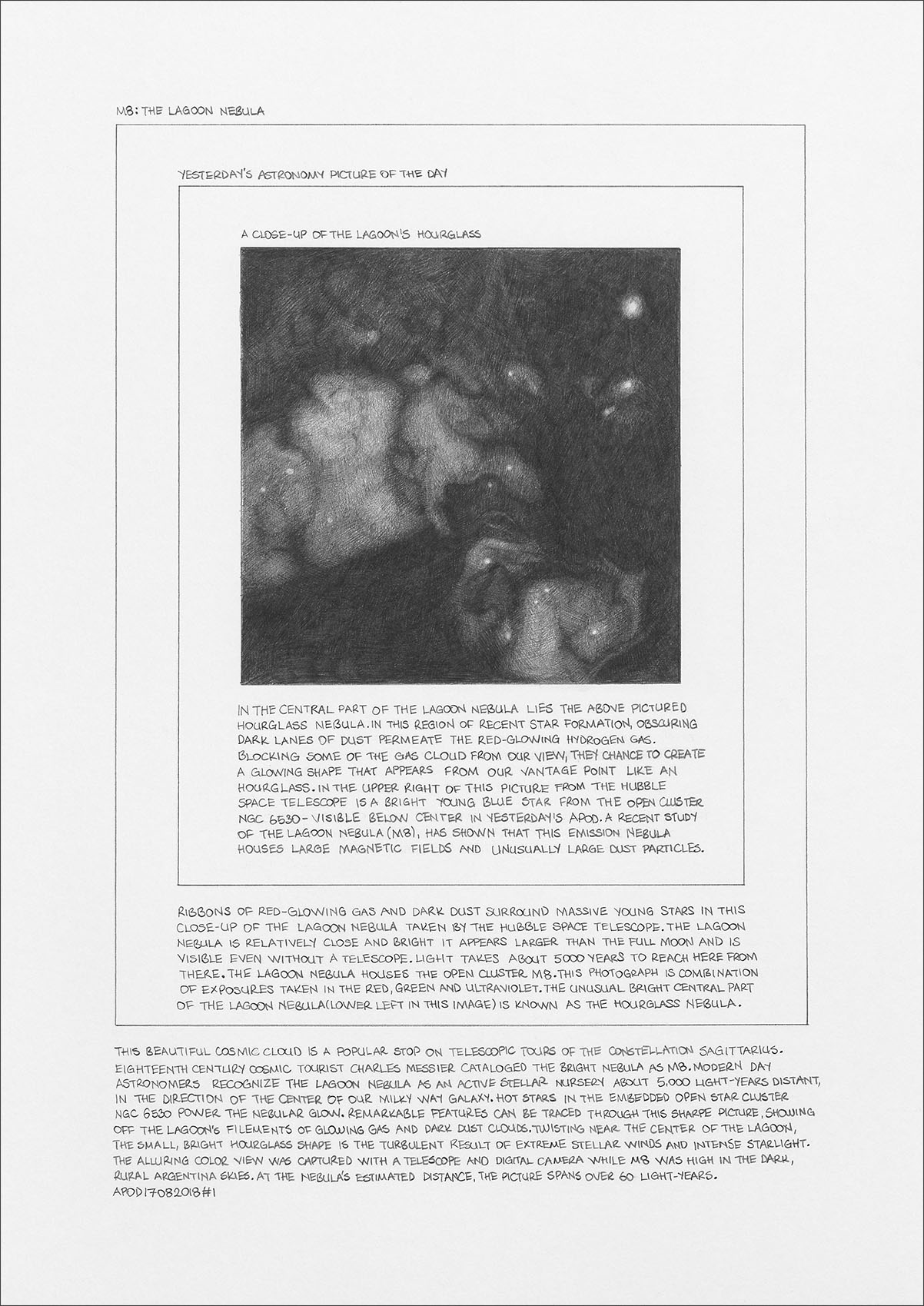 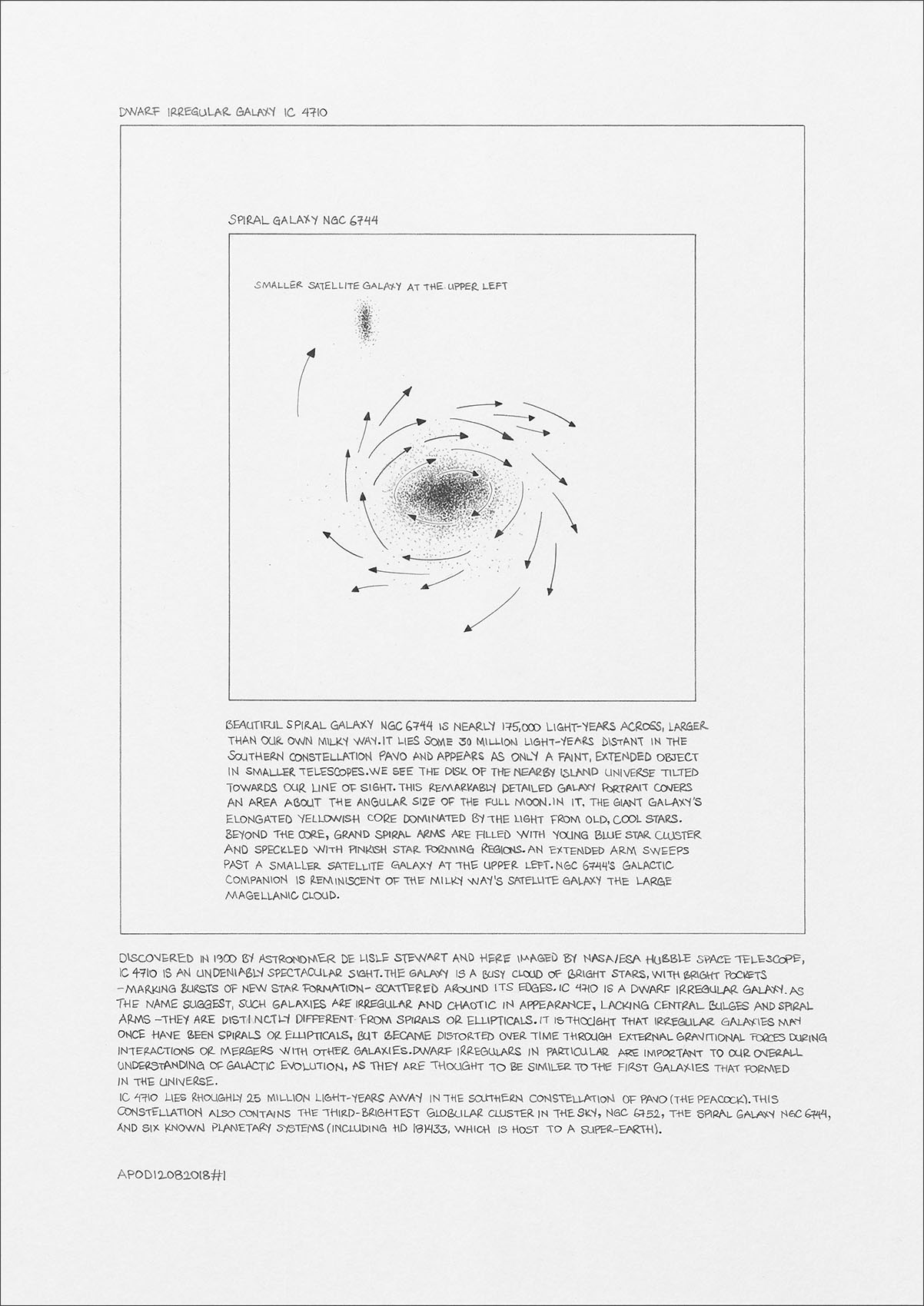 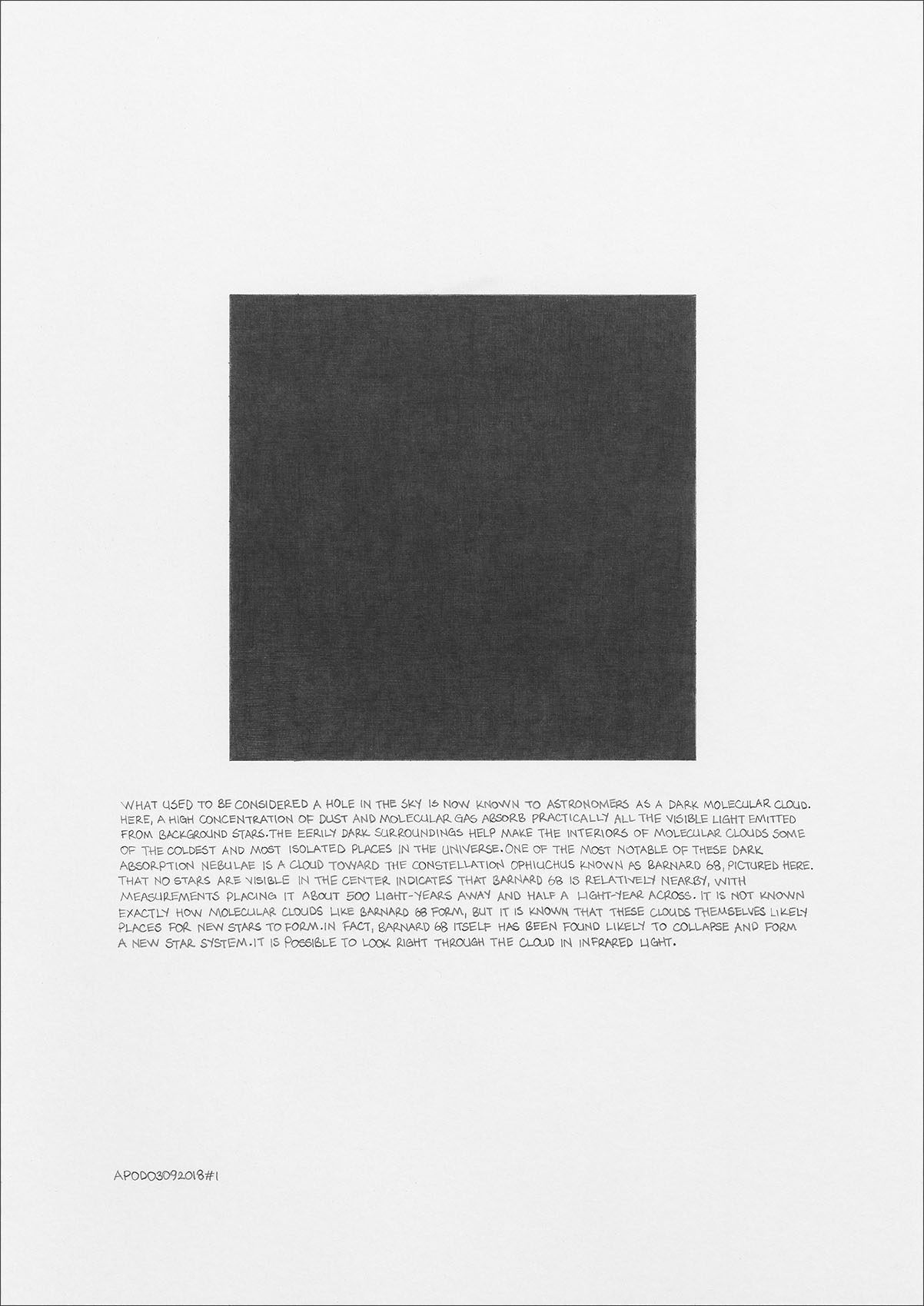 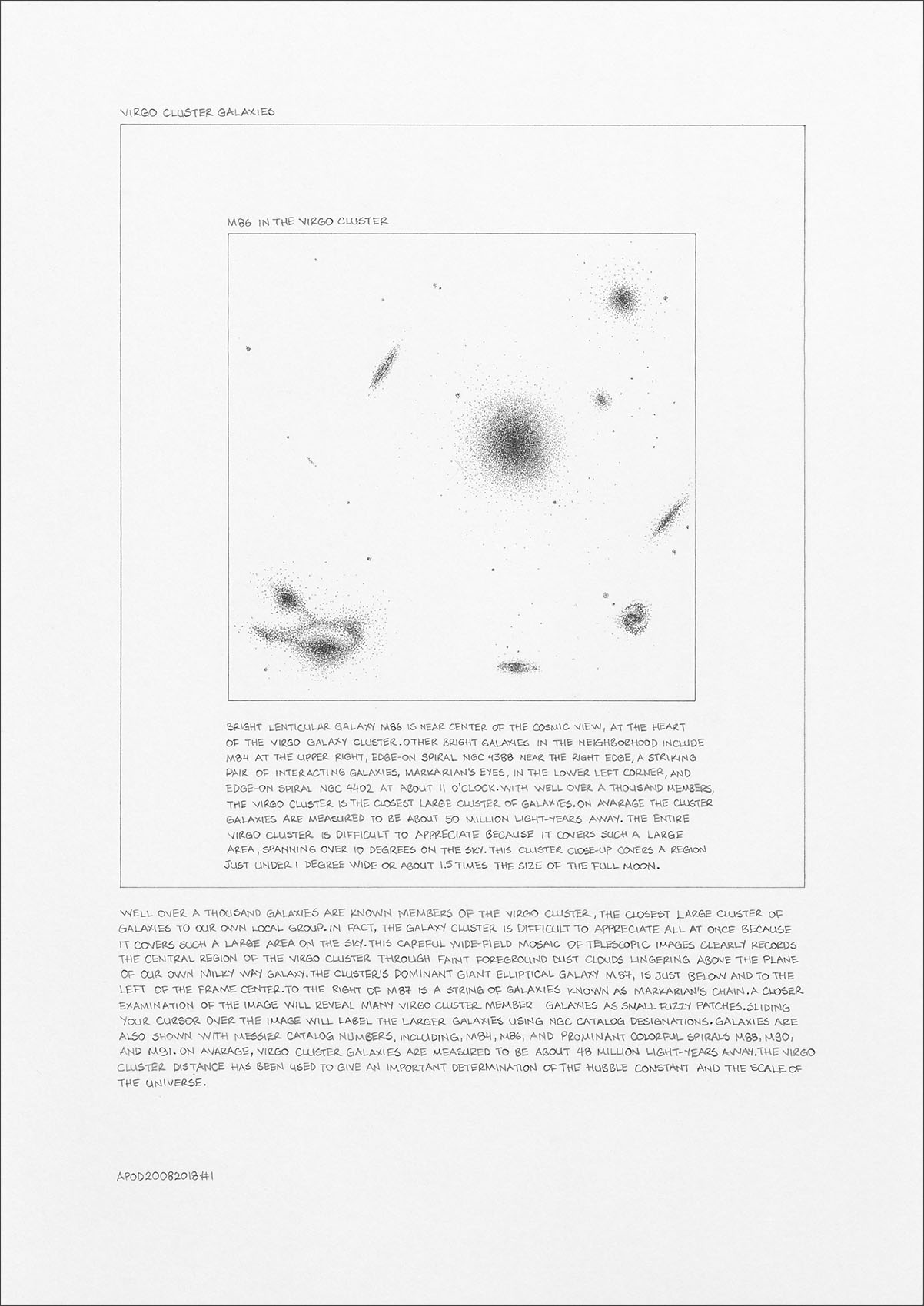 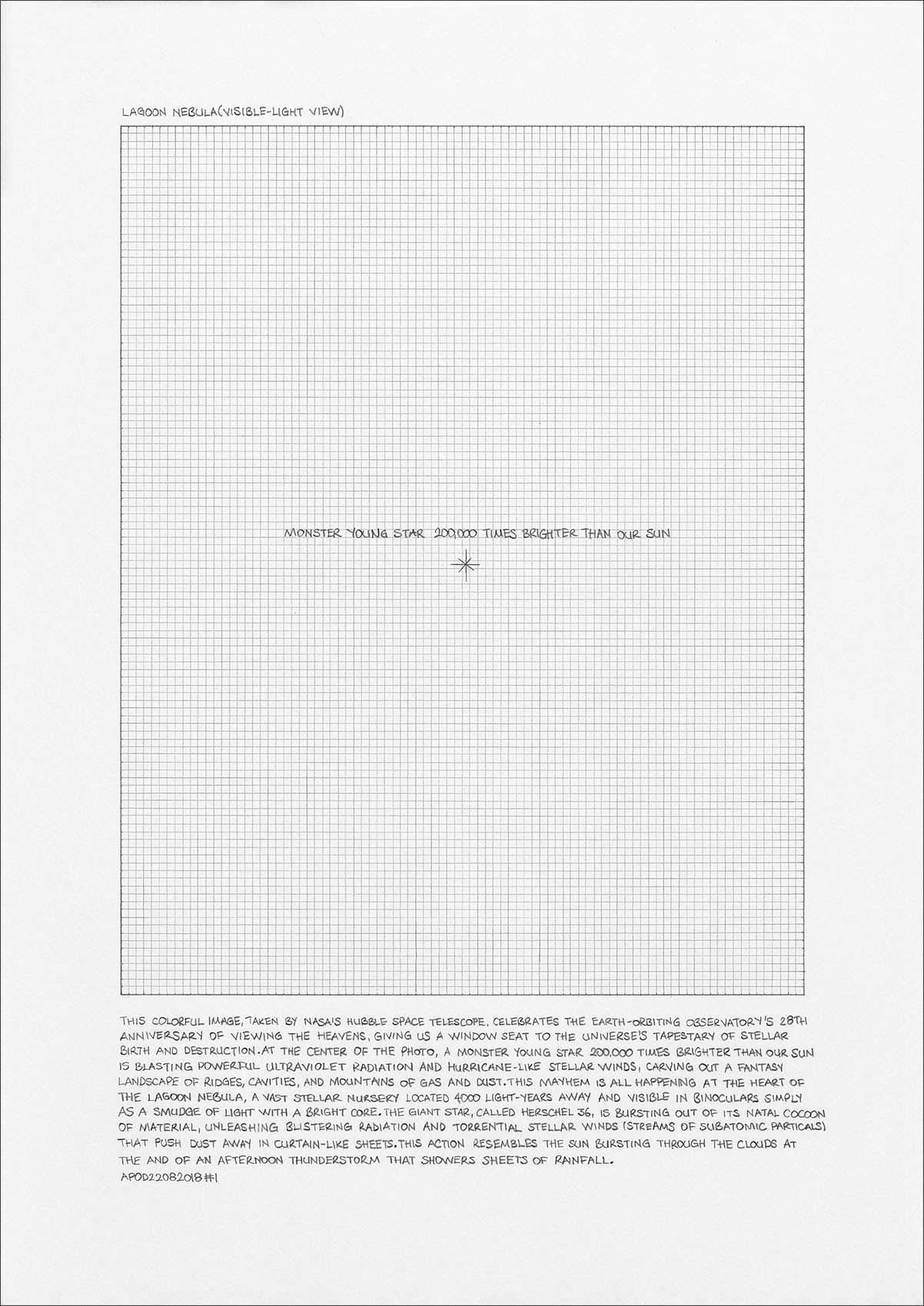 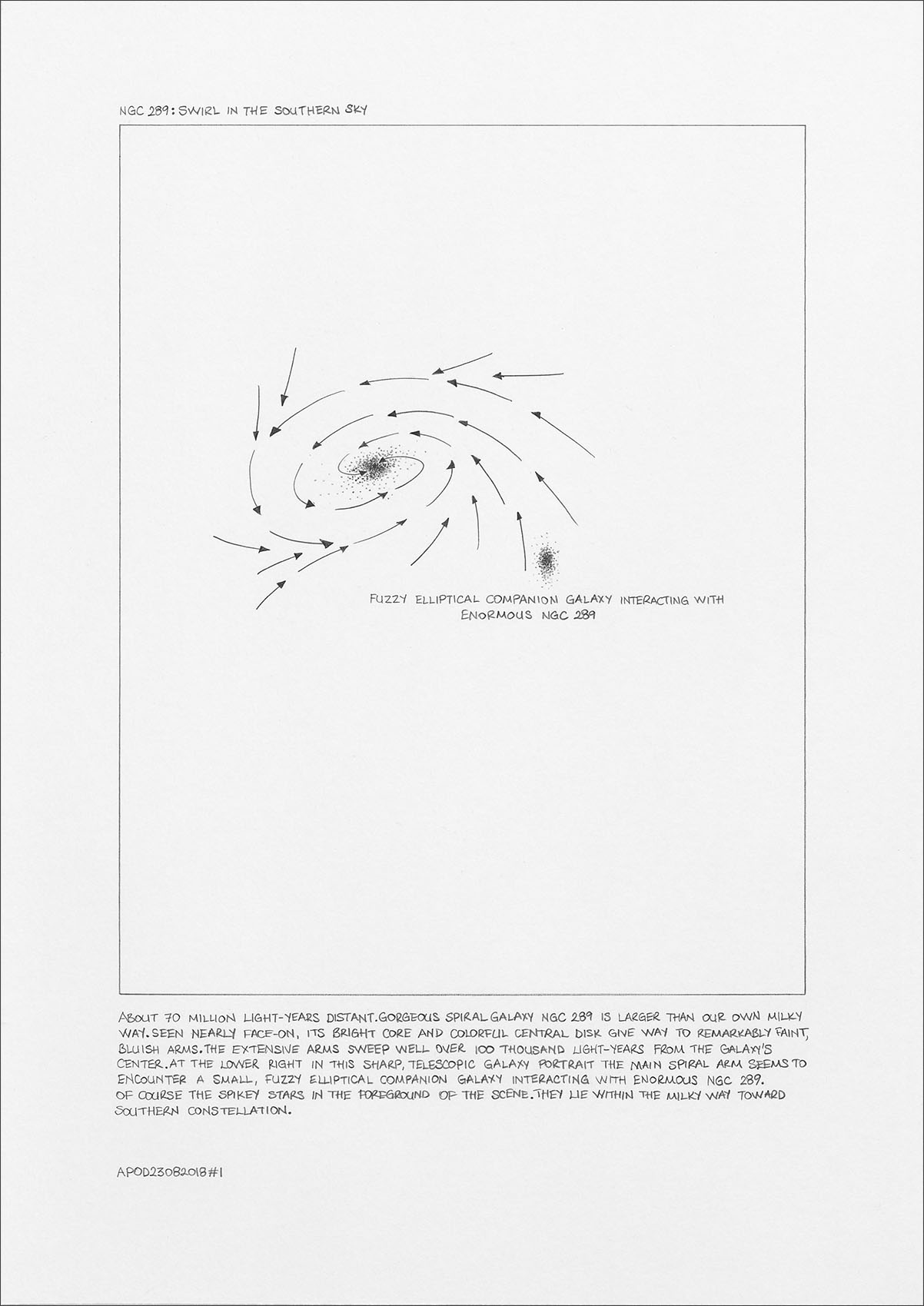 The works seen are only a few of the daily analyses of the information shared by the astronomers in the science media every other day. In parallel with the publication and archiving of an image and a short explanation regarding this image in the online environment, one of these archived publications is selected and studied everyday and the conducted studies are depicted in various ways and rearchived. In other words, a new archive is formed by studying the archived publications and by depicting and recording this study. This newly obtained achive includes studies, researches and analyses on the contents of the archive entitled “Astronomy Picture of the Day”. 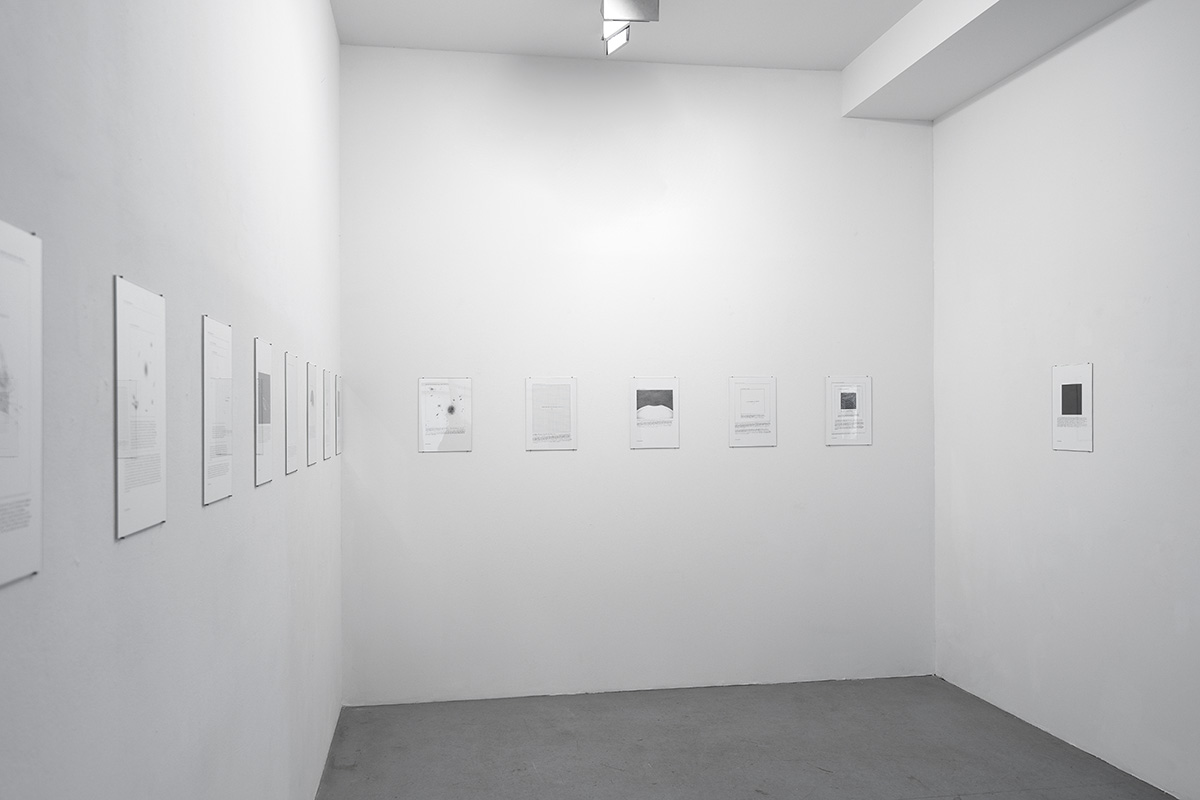 Astronomy Picture Of the Day at Atelier An Eck/ Düsseldorf, 2018 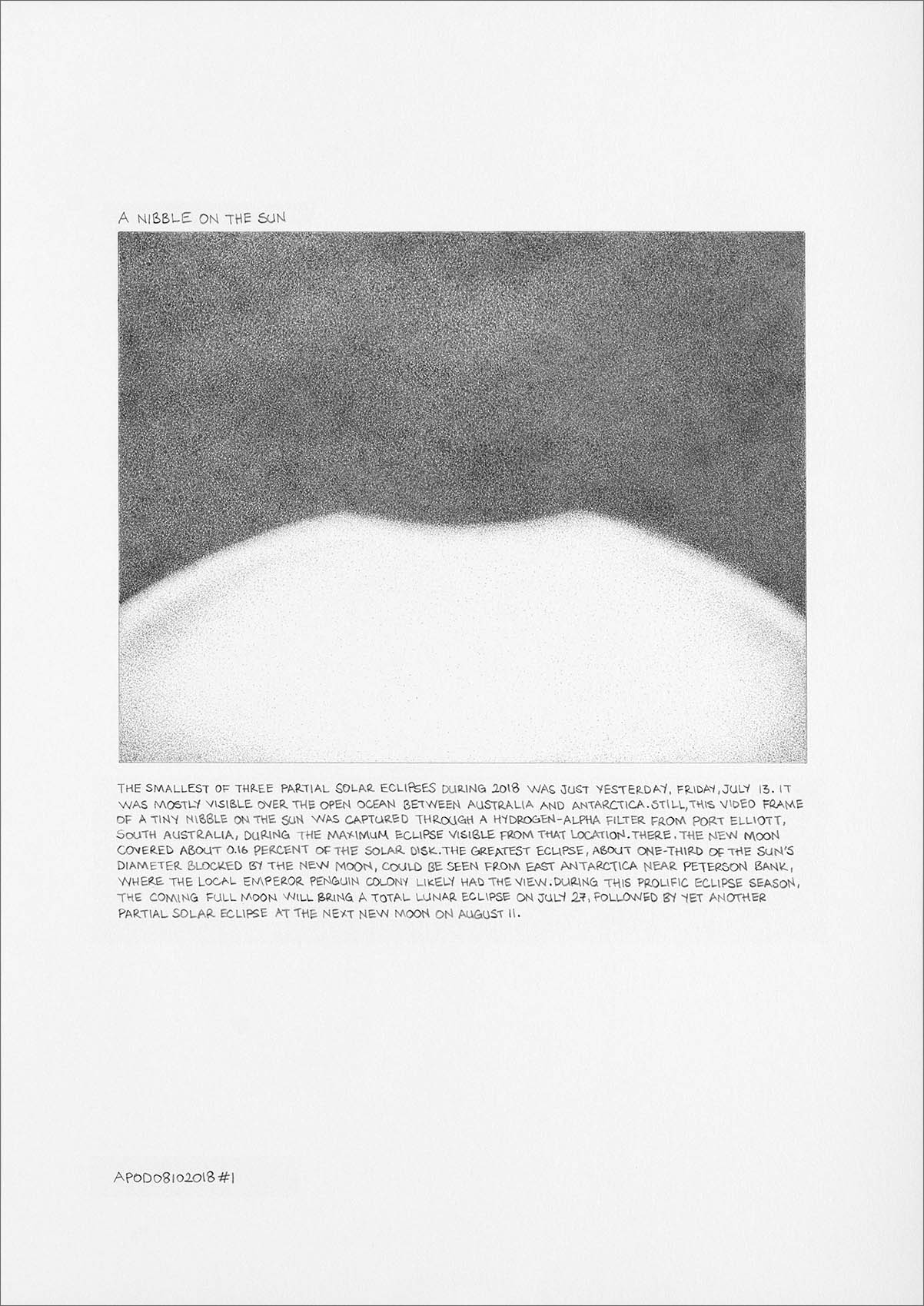 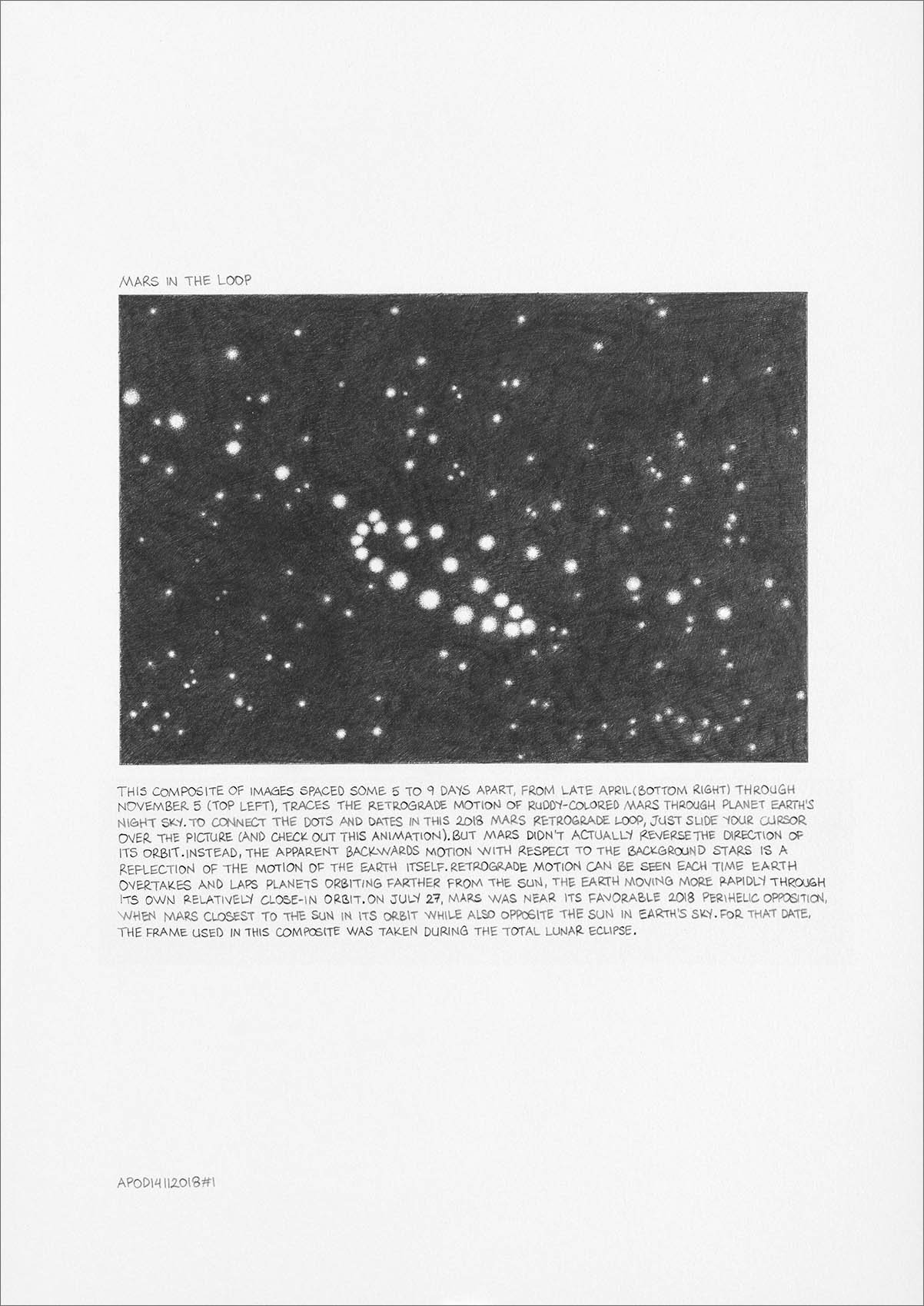 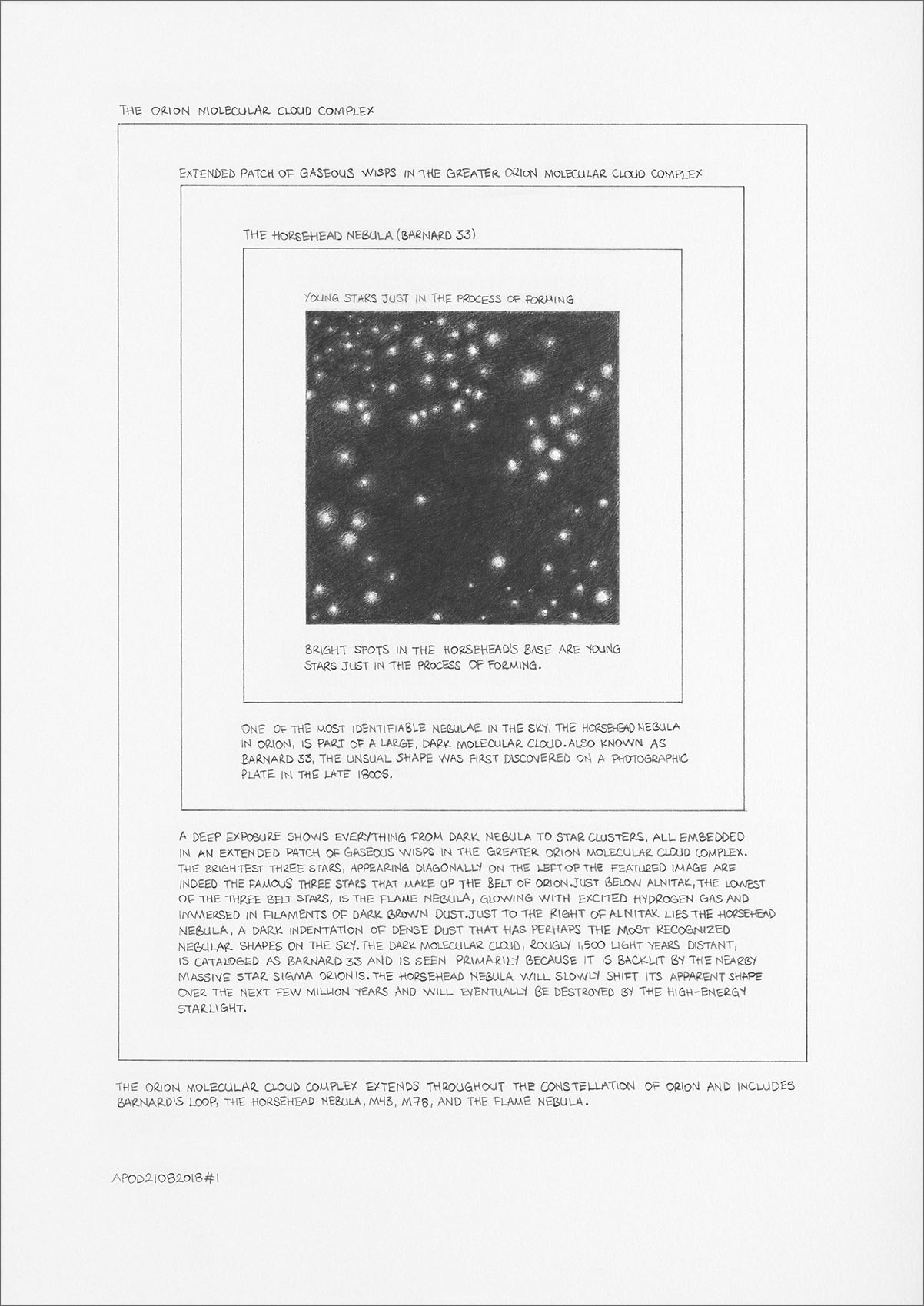